I've been working on Hot Mess for a while, and now that it's almost finished, I can honestly say it's not the book I started out to write.  It's better.

Initially, it was just a contemporary romance, inspired by this fire fighter guy who picked up his kid at my son's school.  It ended up being so much more...

I used to laugh at authors who said they cried while they wrote.  Now I'm laughing at myself.

Sam is a single dad, trying to get over the death of his ex-wife and help his daughter move on from the loss of her mother.

Rachel is a single mom with a secret of her own that has kept her out of the dating scene for years.

What happens when this drop-dead gorgeous firefighter moves in across the street from the reticent woman with a past?

Sparks fly as the heat level rises in this new novel of Serendipity.

Rachel was mopping her floors the next morning, trying to forget last night while Sophia was stripping the beds to wash sheets when a knock at the door sent Sophie running to see who it was.  A squeal of delight, met with a matching squeal took Rachel to see what the hubbub was all about.  Her hands immediately moved to straighten her hair, when she saw Sam's massive frame leaning nonchalantly in her living room doorway, his enormous frame crowding the small space.
"Hey there," she squeaked, suddenly breathless in his presence.  Memories of last night flashed, unbidden to her consciousness.  The way his arms felt around her, leading Rachel around the dance floor with the grace and ease of an old married couple.  She had filed the memory away, to revisit on rainy days when she was feeling sorry for herself, but seeing Sam in her doorway made it jump to the forefront of her mind like a toddler craving attention, saying, "Look at me!"
He didn't move, his arctic blue eyes on her, intense, just like they were last night.  Electricity sizzled in the cozy room, causing sweat to break out in Rachel's armpits.
"Hey," he said, as nonchalantly as he looked.  As if the attraction that nearly brought Rachel to her knees didn't affect him at all.  He pushed himself off the door frame, and took the two steps across the room that his long legs needed to reach Rachel.  "Why did you run away last night?"
"I was just fixing to leave anyways.  You know, babysitters and all..."  She was trying to match his nonchalance, but it came out a stammering mess.
His eyes narrowed on her, making a flush steal across her cheeks.  "You had just gotten there.  I saw you walk in the door."
"Oh…"  Damn.  He kept staring at her.  "Um…I don't know, Sam."  She sighed, unable to come up with a suitable excuse.
"Were you running?"
"Maybe."
"Why?"  His gaze was still on her, intense, boring for the truth that she wasn't willing to give him.
"You were so mad the last time we spoke.  I can't read you."
Sam's mouth opened to say something, then shut with a snap.  His eyes traveled her face, from her eyes to her lips, and back again.  Seeming to reach a conclusion, he said, "Read this, Rachel."  Before she could react, his hands were on her face, keeping her from escaping his mouth, tongue against her lips searching for access.
Her hands reflexively went to his chest to push him away, but then his scent invaded her senses, and she was lost to his masculinity, his very presence overwhelming her.  She opened up to him, grudgingly granting his tongue entry with a weak whimper.
A triumphant growl rumbled from the back of his throat, and his kiss deepened in intensity, causing emotions to well up that Rachel had never felt before.  His tongue swept into her mouth, and she tasted him, his hunger and his desire, and she suddenly wanted more.
As her tongue tentatively met his, she realized that this was good.  This was something that she had denied herself for so long, and now that she allowed herself to feel this, she didn't ever want to stop.  She had never been kissed this way before, it was a kiss that made her ache at the thought it would have to end.
Her fingers spread against his chest, moving upward, to feel the hard planes of his pecs, his shoulder muscles, as she wrapped her arms around his neck, pulling him closer, kissing him deeper.  His arms went around her waist, squeezing her against him gently, his massive hands spanning her back.
Abruptly, he ended the kiss that was rapidly changing Rachel's life, and took a step back, still holding her waist.
Rachel couldn't catch her breath, her knees were weak, and her pulse was racing.  Reality crashed down on her, and she remembered that there were two ten year olds in her house, and she was standing here in her living room, breaking every promise she'd ever made to herself.
Sam squeezed her waist again, gently, before releasing her and walking over to settle in a chair in the corner of the room.  Rachel inhaled deeply, then exhaled a deep shuddering breath and looked at the face of the man who was causing her so much turmoil.
He was smirking.
Rachel couldn't find her voice.  It had obviously fled to the place where all of her resolutions had gone.
"Can you read me now?"

I'm working on getting stuff ready for a blog tour late June/early July, so if anybody wants to participate, let me know.  I plan on having a playlist, character interviews, etc. and maybe something a little unique to add to the mix as well.

Without further ado, here's the cover.... 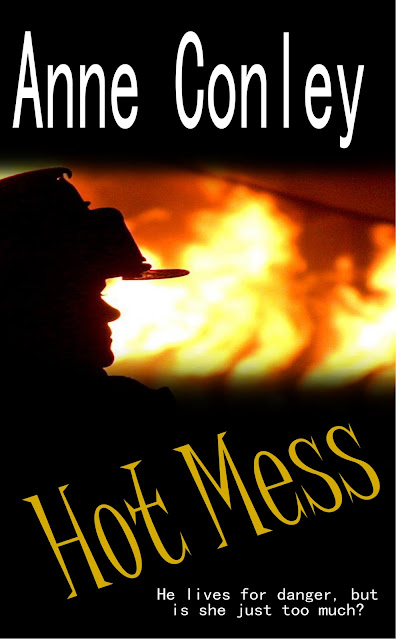