This week was the official cover reveal for Anne Conley's newest series, but  because she's technologically challenged, her scheduling didn't work.  Wait until you guys sink your teeth into these bad boys.

Did I mention most of them are cowboys?

When their vacation turns into another crime to solve, Evan and Jordan Rocco jump on the case. With the bad guys locked away, they’re ready to head home. Then, the unthinkable happens, forcing them to make a decision.

The brothers have struck out on their own—new team, new office, new city.

Join the Pierce Securities men as they write a new chapter in their lives: Rocco Securities.

Indie lives in hell.  Her life is nothing like she expected it to be, so when Evan Rocco and his wife Paige offer to take her away for a while, she jumps at the chance.

Montana is just what she needs:  mountains, streams, wide-open spaces … and Cash.

Cash’s life isn’t anything like he’d planned … until Indie shows up at the ranch where he works.  There’s something about her that tugs at his protective instincts, and he simply can’t resist her.

Unfortunately, finding each other doesn’t mean life is going to go the way they expect it to.

Preorder your copy today at the special price of .99! 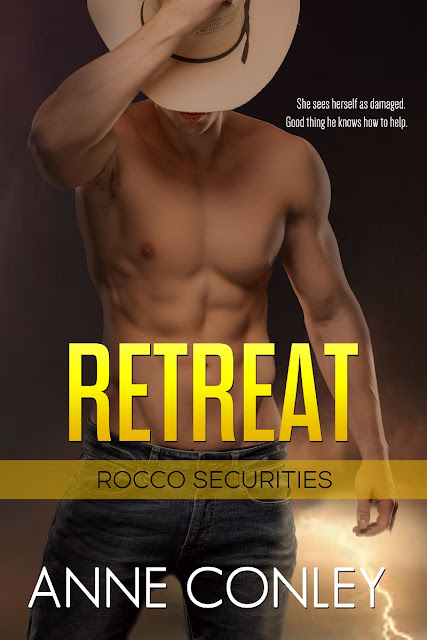 Ain't it pretty?  Just wait for release day.  Anne will have a HUGE announcement on that day, and you're not going to want to miss it!  Sign up for her newsletter, HERE to get all the news.

About Anne: Anne has written her entire life and has the boxes of angst-filled journals and poetry to prove it. She’s been writing for public consumption for the past several years. Currently, she has five romance series and one in the works. Stories of Serendipity explores real people living real lives in small-town Texas. The Four Winds chronicles God’s four closest archangels—Uriel, Gabriel, Raphael, and Michael—falling in love and becoming human. Pierce Securities is comprised of nine books that follow a crew of misfits who come together to fight crime and also find love along the way. The Book B!tches is all about a group of women in Mystic, Texas, who get into all sorts of shenanigans while trying to dodge the serial killer targeting the town. Playing with Fire is filled with sizzling-hot firemen and plenty of suspense and mystery with an arsonist on the loose. Rocco Securities, a Pierce Securities spinoff, is coming soon.

She lives in rural East Texas with her husband and children in her own private oasis, where she prides herself in her complete lack of social skills, choosing instead to live with the people inside her head.