I always, always, always underestimate how busy my summers are going to be when making my yearly plan.  I treasure my time with my family and want to make the most of it.  I always realize this is a prime working time, since I don't have to stop and pickup/drop off children and run them various places.

But I have an inane desire to keep them busy during the summer months, so they don't become vegetables.  I love to hear them laugh, see them smile, and do things with them.  I love that I have a job that allows me to do these things, and I don't want them being grown ups and singing Cat's in the Cradle with not so fond memories of their mom who never had time for them. 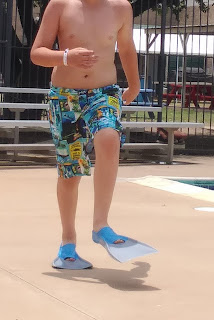 So summers are busy.  I work in the morning, while they're sleeping from their late nights watching tv and reading.  Then we go to the gym, swimming, to the library, or just hang out somewhere air-conditioned.

It honestly doesn't seem like that much on paper.  Not to me, anyway, but holy cow it fills up the days.  Add in the fact that most of the people I work with (editor/formatter/PA/etc) are night owls and productive in the PM hours, I'm still on my phone answering PMs or emails while I'm supposed to be being present for my kids.

It's that time of the season where the gilt has worn off and we're not super excited to be spending time together anymore.  My trips out of the house are met with rolling eyes more than anything else (especially at the idea of "active time").

I've had to institute a rule of no electronics after eleven and the kids are on the honor system with that, since I'm barely conscious at that time of day.  They are awake several hours after I go to bed, hence the quiet morning time I get to work. 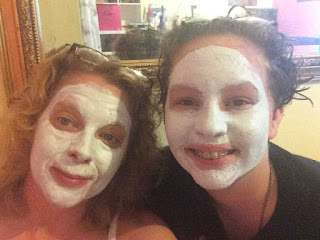 My daughter has begun working for me, with time-sheets and everything.  She's doing a lot of copying and pasting, making me documents I've been needing (lists of all my ISBN's, AISN's, etc., documents with blurbs that need to be re-written, ad/spend documents, lots of things I need to be keeping up with but are time consuming and overwhelming to me).  So far, it's working out, but it's only a week in, so that will soon loose it's luster as well, I'm thinking.

Stress from these releases is starting to build.  I have a release in August, and it's ready to go.  The one in September is almost ready.  The one in November will be.  The one for October?  Not even finished.  And stuff is piling up.  I'm about to get Girlspawn on the release events, but that is all time consuming for me because as much as she's the digital generation, she hasn't spent much time on the practical side of things.  I've had to teach her how to send emails, create folders on her laptop, organize files, etc.  Knowing I'll have to walk her through the release stuff too is daunting, even though I know it will pay off in the end (hopefully).

Anyway, this summer is busier than most, even though I wouldn't trade a second of it.

Next week, I'll have some release info for anyone who's paying attention.  I'm super excited about these firefighters, and I hope you guys are too.
Posted by Anne Conley at 10:24 AM 1 comment: