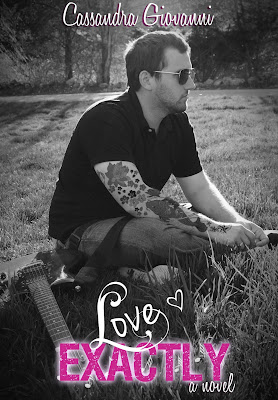 Can be purchased at AMAZON, BARNES AND NOBLE, and KOBO

Describe your writing process.
I wake up one day and I want to write, or I’m driving and an idea pops into my head. It’s usually just one scene where the connection between the characters is very intense—then I can’t let go of it, and I have to search for the meaning in their relationship. With Emma and Evan it was the coffee shop scene. From that point on I write in what I call “sporadic” scenes; they are all over the place, in no particular order. Once I have all the main scenes down I read through again and add connecting material. From there it’s a another read through, then off to the editors and beta readers, back to me for another edit and then back out again.

What motivates you to sit down and write?
Writing is just a part of who I am. I can’t let my characters go, and I can’t let my writing go. I have to tell those stories; otherwise, I’d go insane.

Do you have any writers that you consider mentors?
Yes, I actually do have a mentor. I started reading some of her work, and it just so happened she started reading some of mine. Then one day she emailed me, and a few emails later she had asked to be my mentor. I was thrilled, her name is Ellen Ekstrom. She’s an amazing writer, but I don’t write anything like her—that’s the great part, she doesn’t try to make me like her. She just wants me to be me and grow strength to strength.

What do you think your greatest strength is in your writing?
I think that my realistic dialogue is my biggest strength. I believe this may be because I see my books play out like a movie.

Name some authors who have influenced or inspired you?
My number one author inspiration is Jane Austen. She was such an amazing writer, who created such great stories of love, but they also have humor and insight into the human soul that are just undeniable.

Tell a little about your most recent work.  Title, genre, and tag line.
Love Exactly is a New Adult Contemporary Romance—Emma Walker was a writer who'd lost herself to someone else's anger--who had given up on ever feeling like herself again. Evan Levesque was a rock-god--the one all the woman wanted, but he'd never gotten used to the loneliness between the stage and real life. Together can they make things work?

Tell us about your favorite character from the book.
I really love Evan from Love Exactly—he’s the perfect man in every way. He’s manly, tattooed, and he has a heart of gold, not to mention he can sing and play multiple instruments. I really enjoy Evan’s passion both for his music and for helping Emma see that she is the only one holding herself back. For Evan it’s not about fixing Emma; it’s just about being there for her. I don’t think he’s a knight in shining armor—he’s simply himself.

Do you have any words of advice or encouragement for other writers who are looking to publish?
My biggest advice is to get on Goodreads and interact with other readers. You should also establish a blog to brand yourself. One of the most important ways that you can market yourself is by selling yourself as a brand. This makes it so you aren’t cornered into a specific genre or book. If you brand your books, your readers know you and will want to support you.


Do you have a current work in progress?  Can you tell a little bit about it?
I have a few current works in progress. I’m having trouble choosing which one I am going to work on next. I woke up one morning with the great idea for another Contemporary Romance called Take This Sorrow (maybe not the official name, but that’s what it’s called currently). I’m having a bit of trouble figuring out how it is going to work because I want it to be about the MC past and then run into the present. I’m not  fan of flashbacks, though, so I am not sure how it’s going to work. I started it off with her in a restaurant being proposed to, and when she looks up she sees her ex. It reminds her of a memory of them, and it sends her spiraling back to what could have, and should have been if things had been different. “River loved Adam, Bobby loved River, Adam only loved himself, until…”

Tell us about yourself, outside of writing.
I’m a super sale shopper. I usually get a whole outfit, shoes to jewelry to undergarments for under $40 bucks. I basically refuse to buy shirts that are over $5, pants that are over $8, and shoes over $10!

I must say, I had just about stopped doing reviews on this blog because the last few books I'd gotten were awful, simpering two-faced characters who made stupid choices.  Plots that were so completely unrelatable. And the worst part of it was that other people were loving the books, so I'd figured that if they could get good reviews elsewhere, I wouldn't give them a bad one.

So I was leary when I started Love Exactly.  I was prepared for more Young Adult blah, but what I got actually made me cry in a couple of places.  And I don't cry.

Love Exactly tells the story of Emma, a normal girl trying to get over an abusive ex who managed to ruin her self esteem for years.  Sounds like a typical plot beginning.  She bumps into Evan, a Pop-Rock God, and spills her coffee everywhere.  The rest is history.  While the plot is not original, the author's treatment of the scenario was.  This was a good book.  Period.  I enjoyed it, immensely.  Evan, with his bad boy persona is surprisingly sweet and sensitive, while Emma is perfectly flawed and makes mistakes that I couldn't kick her ass for, because I could totally see where she was coming from.  The only unrealistic aspect I found was that they dated for eight months before having sex.  Come on...I've been twenty-three.  I totally would have dropped my panties for him.  But oh well, you can't have it all.

I would recommend this book.  It was a nice, sweet, quick read with a happy ending, and I actually shed a tear or two.  Kudos, Ms. Giovanni


You can find the book on Goodreads HERE OR ON AMAZON 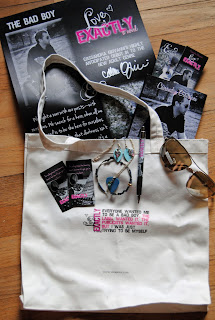