When I was in Junior High, I was on the track team.  I was the worst runner on the team, although I didn't totally suck at the jumping events.  Every relay I was on, I was the weak leg.  I never actually dropped the baton, but my leg of the run was where we lost ground.  Every time.  I'm afraid this is another one of those moments...

This baton was passed to me by Linda Nightingale, a wonderful writer friend of mine.  We shared a table at the Houston Author Bash, and will be sharing another one at the Sinners and Saints Houston Book Bash in August (I'm sure I got the name of that wrong...).  She writes paranormal romance, and I love her.  Her website is HERE. 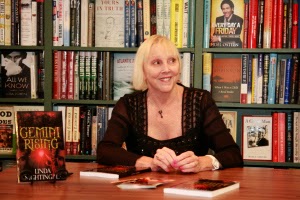 What am I working on?

Currently, I'm in the middle of three works in progress, but the one up for most of my attention is Wrecked, the next Story of Serendipity.  This will be Renae's story, Dalton's sister, from Dream On.  She's just got her daughter off to college, and realizes she doesn't know how to enjoy time alone.  When she meets Jason (crashes into him, actually) she has a disastrous one night stand, and the rest is...a work in progress. :)

How does your writing differ from others in this genre?

Why do I write what I write?

I write what I like to read.  Period.  I realized I kept wishing someone would write a story about real people, not jet-setting twenty somethings who wore Jimmy Choos (I still can't afford Jimmy Choos, and certainly couldn't in my twenties).  So I decided to write what I wanted to read.

How does my writing process work?

I think about characters and story forever.  Like months to years.  Then I outline it, and think about them some more.  Then I get the bare bones of the story down in a rough draft.  Then a couple of months later, I start revising it.  I will revise several times before I send it out to beta readers and finally, I hit the button.  I have various works in all stages, because while one is marinating for a month or two, I'm working on a different phase of another book.  Currently, I have Codex in a rough outline form, Falling for Faith in the process of a rough draft form, Saving Charlie in rough draft, and Wrecked in the final revision stages.

I am passing the baton to Samantha Holt.  I told you I was the weak link in the relay, I was supposed to have three, but I couldn't get three other author/bloggers to agree to do this.  Everyone is so busy!  So here's Samantha's deets: 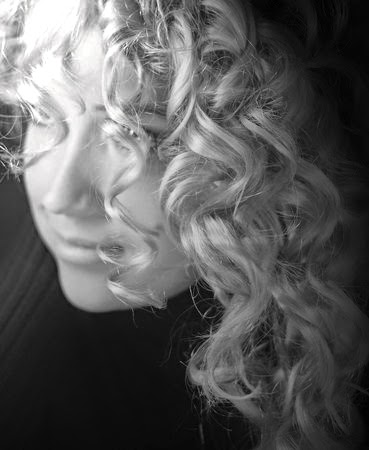 Samantha lives in a small village in England with her gorgeous twin girls and husband who is a trained bodyguard and ex-soldier. She traditionally writes historical romances involving chivalrous knights and hot highlanders, but occasionally dabbles in contemporary romance.

Keep checking back for this next book of hers, I think I'm scheduled to review it soon... 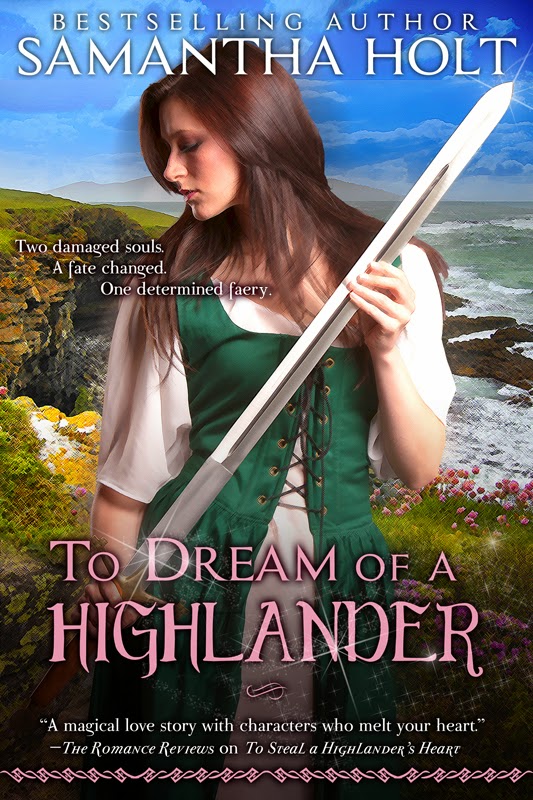 Sent on a rescue mission, Finn Mac Chaluim is prepared to do his duty, hand over the lass and return home.

But fate has other ideas.

In the midst of a Norse invasion, Catriona barely escapes with her life. Masquerading as her sister, she finds herself in the hands of Finn who intends to hand her over to her sister’s betrothed, Laird Gillean. In the interests of bringing peace to her home, Catriona is determined to continue the ruse—even if it means going along with the marriage and denying her growing attraction to a man who keeps his hurts hidden behind a quick grin.

If the green faery, Tèile, has anything to do with it, Catriona and Finn will come together—but only at the right time. Thanks to her last attempt at matchmaking, many paths were changed and now it’s up to her to put it right. Can she help Finn— who learned the hard way that sharing your life with someone only leads to heartache—get past his doubts? And will the battle-scarred Catriona even accept him into her heart? When Laird Gillean’s attentions toward Catriona become dangerous, both Finn and Tèile will find they have an uphill battle on their hands.