I'm going someplace different this morning.  Christine Meunier has published two books about horses for pre-teens, and since I like horses a lot (jury's out on the pre-teen stuff) I'm featuring her here today.  Honestly, as I look over her stuff, I think my daughter would love this... 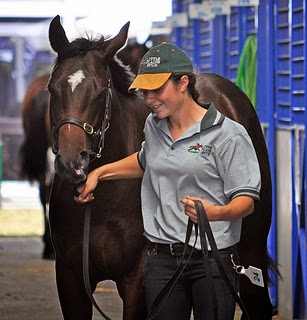 About the author
Christine Meunier considers herself introduced to the wonderful world of horses at the late age of 13 when her parents agreed to lease a horse for her.  She started experiencing horses via books from a young age and continues to do so, but recognises that horses cannot be learnt solely from books.

She has been studying horses from age 16, starting with the Certificate II in Horse Studies and is currently undertaking her Bachelor of Equine Science via distance education.

She has worked at numerous Thoroughbred Studs in North East Victoria before following her passion for breeding horses over to the Irish National Stud in Kildare.  She then gained experience in a couple of Melbourne based horse riding schools, instructing at a basic level before heading off overseas again, this time to South Africa to spend hours in the saddle of endurance and trail horses on the Wild Coast.

Keen to combine her love of horses with her faith, she has created the Free Rein series, a horse series for pre-teens. 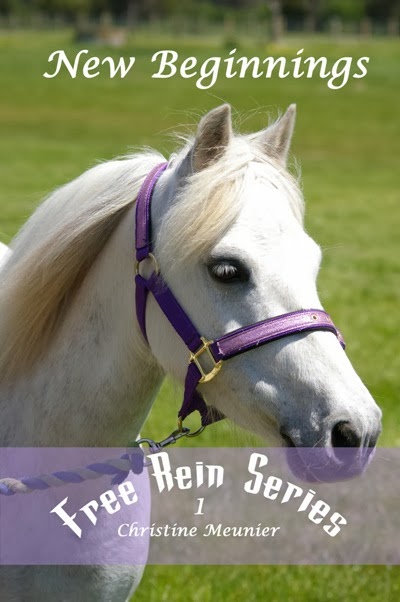 A job transfer for Jacqui King’s father means that the 10 year old and her family have moved interstate.  Jacqui is excited that the move has allowed her family to take up a lease on a large property.

Since she could remember, Jacqui King has had a love for horses.  Now with the family’s move she wonders if her dream to learn to horse ride could come true.  Jacqui’s mum Kate plans to turn the property into a place where they can offer horse agistment, only concreting Jacqui’s desire to have a horse of her own.

On a property titled Genesis, it does indeed seem that the new beginnings for the King family are looking promising. 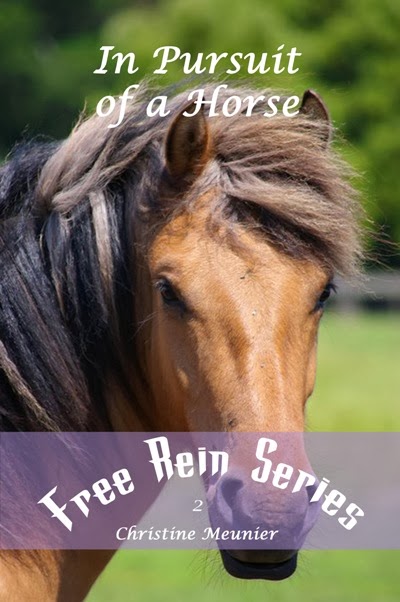 Book 2 of the Free Rein series: In Pursuit of a Horse

Jacqui King has settled in well at her family’s new property Genesis.  She has even made some horsey friends.

Jacqui’s two close friends Hannah Johnston and Geordie Smith have been told by their parents that they are allowed to each get a pony.  It so happens that Hannah has an Aunt Jan who breeds and trains ponies for a living.

An invitation is extended to the girls to come to Jan’s place for a short stay to ride her ponies and find two to buy.  Jacqui is thrilled at the idea of learning to ride better.

Even more exciting is the fact that at the end of their stay, her two close friends will be brining their ponies back to agist at Genesis.  Even if she isn’t getting her own pony, Jacqui is delighted for her friends and eager to help them each find their perfect first pony.