DOUBLE BOOKED!!!  Read through TK's stuff to get to TH's.  Enter all the Giveaways!

Happy Official Release Day!!!! WOOT! I didn’t think this day would ever get here. The official release date for A Beautiful Mess was October 8, 2013. My ARCs were finished in mid-August and shortly after they had been distributed, I started to receive great reviews. So I debated whether to hold off and publish on my originally scheduled date or to just go ahead and hit that little publish button early. I had no idea how to promote or market my book yet. Hell, I would have been happy if ten people purchased my book, so I didn’t understand how to build hype. So I hit that little publish button on August 27th, publishing A Beautiful Mess way ahead of schedule.

Little did I know on that date that it would garner the praise and support that it did. It’s still a little overwhelming to hear how much people love Mr. B. and swoon over his devotion to Olivia. There are so many amazing moments in A Tragic Wreck that just makes us feel these characters’ pain even more. This one gets me every time…

A little girl lay in a hospital bed. Tubes were attached to her and a machine measuring her heartbeat maintained a steady rhythm. That’s all Olivia heard for days, the constant beep…beep…beep… Voices sounded around her. She recognized some of them and desperately willed her eyes to open, but she couldn’t muster the strength. She felt something against her arm. Mr. Bear. Pulling the bear closer, she cried, wondering if anyone could even see the tears that fell from her eyes.

Hours passed. Maybe days. Olivia had no idea. She felt a small hand, not much bigger than her own, take hers. It had to belong to a child. “Olibia. You need to wake up now. Please,” the voice begged. Olivia tried and tried to open her eyes, but she couldn’t.

How can you continue living when you’re living a lie? How can you convince your body to stop feeling, your soul to stop caring, and your heart to stop beating?

Haunted by her past, Olivia Adler flees Boston for a beach in Florida, leaving everyone behind, trying to shut the world out. Remaining a relative recluse in her self-imposed prison, she tries to turn everything off, wanting to feel nothing. But a new acquaintance won’t let that happen. After being away from Alexander for a month, his voice constantly ringing in her head, reminding her that her inability to confront her demons will not only destroy her, but also him, can she really be expected to want to feel again when it brings nothing but pain?

Back in Boston, everywhere he turns, Alexander Burnham is reminded of Olivia… His Olivia… He tries to dull the ache left in his heart the only way he knows how… in the bed of a beautiful woman. But Alexander isn’t about to lose his Olivia. After a clue comes to light regarding Olivia’s whereabouts, can he convince her to return to Boston with him? When a force that has laid dormant for months resurfaces, can Alexander still protect her from the unknown danger? And when Alexander comes face to face with a shadow of both his and Olivia’s past, will he be able to tell her the secret that is threatening to tear them apart?

A Tragic Wreck is the continuation of T.K. Leigh’s heart-breaking Beautiful Mess series.

What happens when you lose everyone that promised they would always be there for you? How can you protect the few pieces of your shattered heart that remain?

Olivia Adler is a woman with a troubled past. After losing her parents at the young age of six and being raised by an uncle who she lost years later, she refuses to get attached to anyone, including friends. For the past decade, she has been able to remain unattached to any man, too worried about losing someone to get too close. Until Alexander Burnham walks into her life one night and changes everything. But he has issues of his own. And he’s keeping a secret that could turn her world upside-down. Will Olivia let Alexander in enough for him to get close and protect her from a force threatening her very existence, or will she push him away, scared of letting Alexander in, in order to protect her heart?

A Beautiful Mess is the first installment of a three part series sure to captivate the heart with a story of secrets, courage, and love.

T.K. Leigh, otherwise known as Tracy Leigh Kellam, is a producer / attorney by trade. Originally from New England, she now resides in sunny Southern California with her husband, dog and three cats, all of which she has rescued (including the husband). She always had a knack for writing, but mostly in the legal field. It wasn’t until recently that she decided to try her hand at creative writing and is now addicted to creating different characters and new and unique story lines in the Contemporary Romantic Suspense genre.

Her debut novel “A Beautiful Mess” has garnered relative praise, having been an Amazon Best Seller, an Amazon Top-Rated book. Recently, the book was named by The Guardian as a top reader-recommended self-published book of 2013 as well as a 2013 Reader’s Favorite in Publisher’s Weekly in addition to being named an Amazon Romance Editor’s Fan Favorite for Top Debut Author and Best Page Turner.

When she’s not planted in front of her computer, writing away, she can be found running and training for her next marathon (of which she has run over fifteen fulls and far too many halfs to recall). Unlike Olivia, the main character in her Beautiful Mess series, she has yet to qualify for the Boston Marathon. 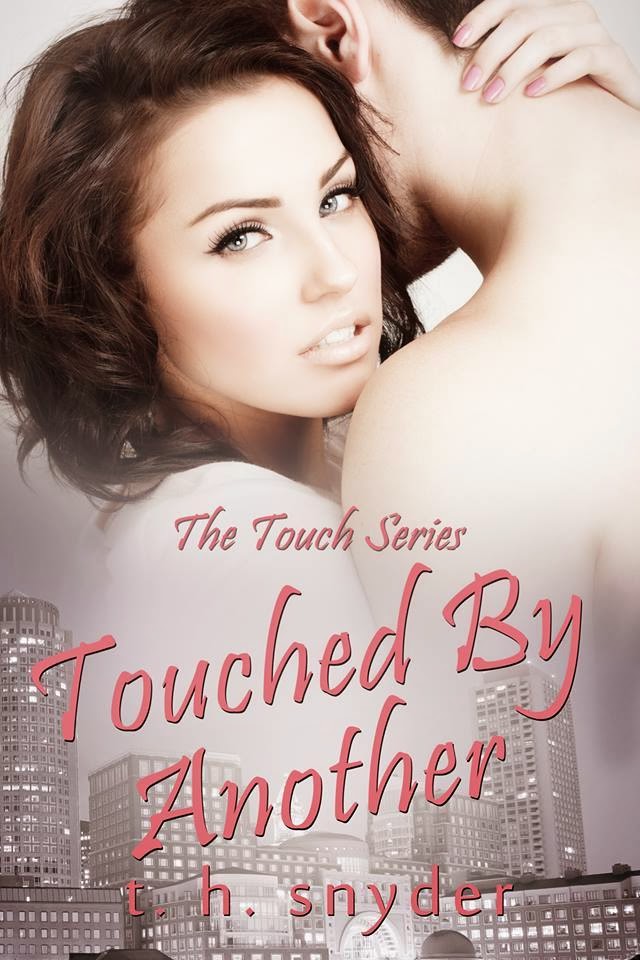 Lately, Emma MacIntyre has been pretending to live the life of a
perfect wife while her husband Keith takes control over her family business.
With the loss of her parents to a tragic car accident and a fight that causes
her brother, Riley, to move out of state Emma chooses to stand by her
husband.

While sorting out her parent’s estate, Emma stumbles across a few
hidden secrets that she suspects Keith has kept her from. Heartbroken Emma
turns to her brother for support, hoping to also rekindle their own broken
relationship. When she moves to Boston Emma finds herself reacting to a
complete stranger when he is willing to comfort her and listen to her pain.


Is
Emma ready to move on with her life and leave the hurt of her failing marriage
behind? Will Emma fight the urge to fall once she has been Touched by Another? 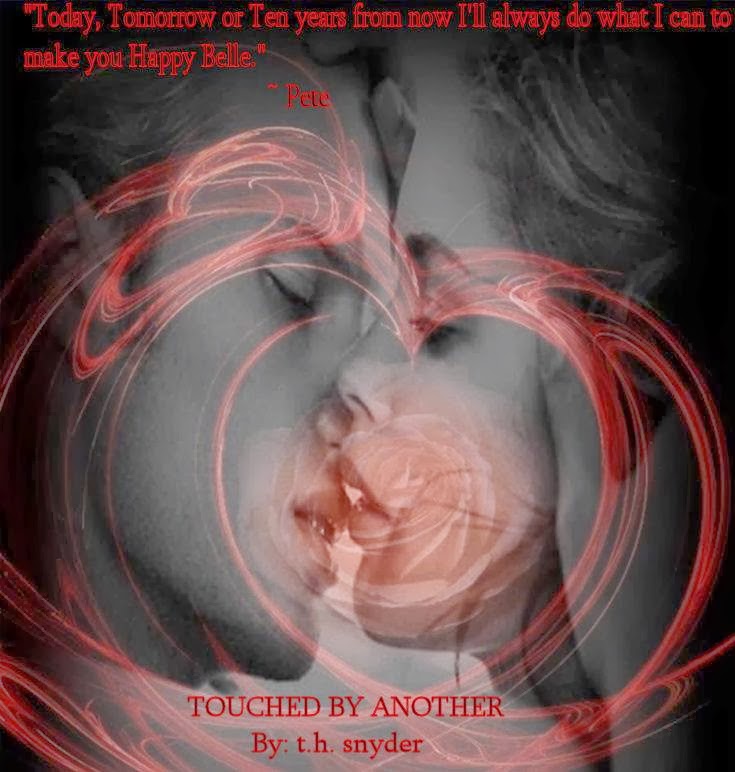 There really is so much we need to talk about and I don’t want to push her into anything too soon. The last thing I want to do is hurt her or scare her because I’m moving too fast.
It drives me crazy how much I care about her. I watch as she talks with everyone. Her smile and those eyes can light up a room, at least for me they can. She’s such a caring person; always putting the needs of others before her own. I know one of the things she wanted to accomplish with her move to Boston was to start putting herself first more often. It’s hard for her; it’s not in her nature to push others away. It’s one of her qualities that makes me love her so much. No matter what she needs or what I want to do for her, she always makes a point to make sure I have what I need first.
She’s something so special to me now that I don’t know what I would do if I lost her. 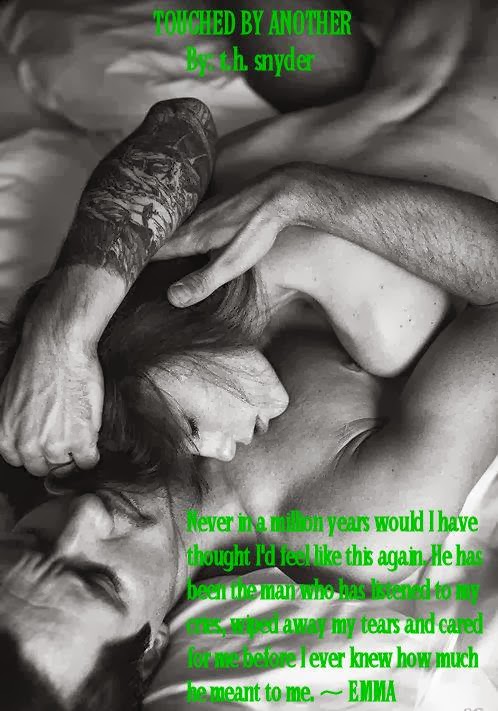 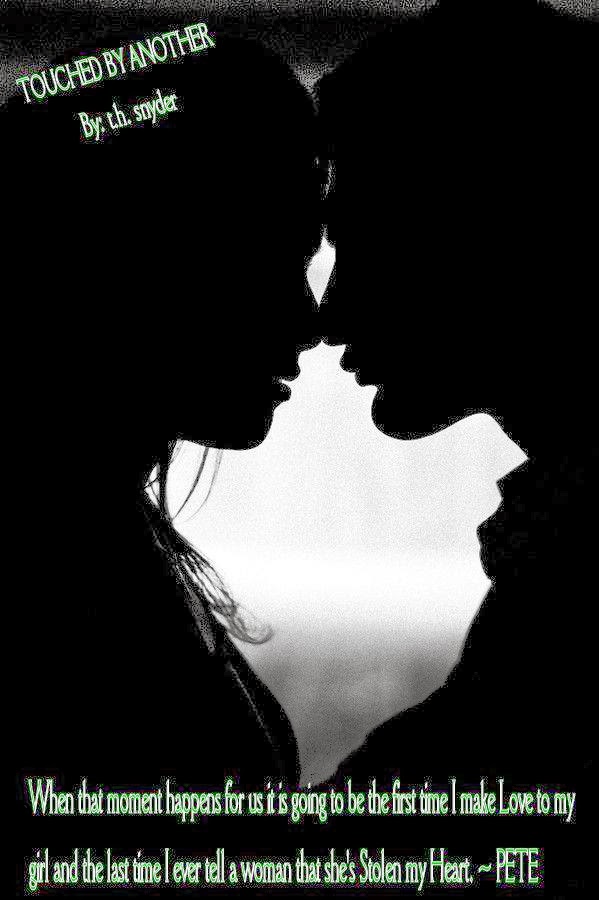 Other Books in the Touch Series 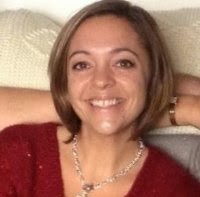 t. h. Snyder was born in Allentown, Pennsylvania. For six years she worked in the field of higher education while earning her Bachelor and Master Degrees in Management from University of Phoenix. She's a single mother to two children. She became an avid reader in spring of 2012 and since has read over 250 books. Her genre of interest ranges from Romance to thrilling Paranormal. This is more than just a hobby for her, it's a passion to read the words of great authors and bring life to their stories with her reviews and character castings. She started writing her first novel in June of 2013 and is anxious to see where this journey takes her!! 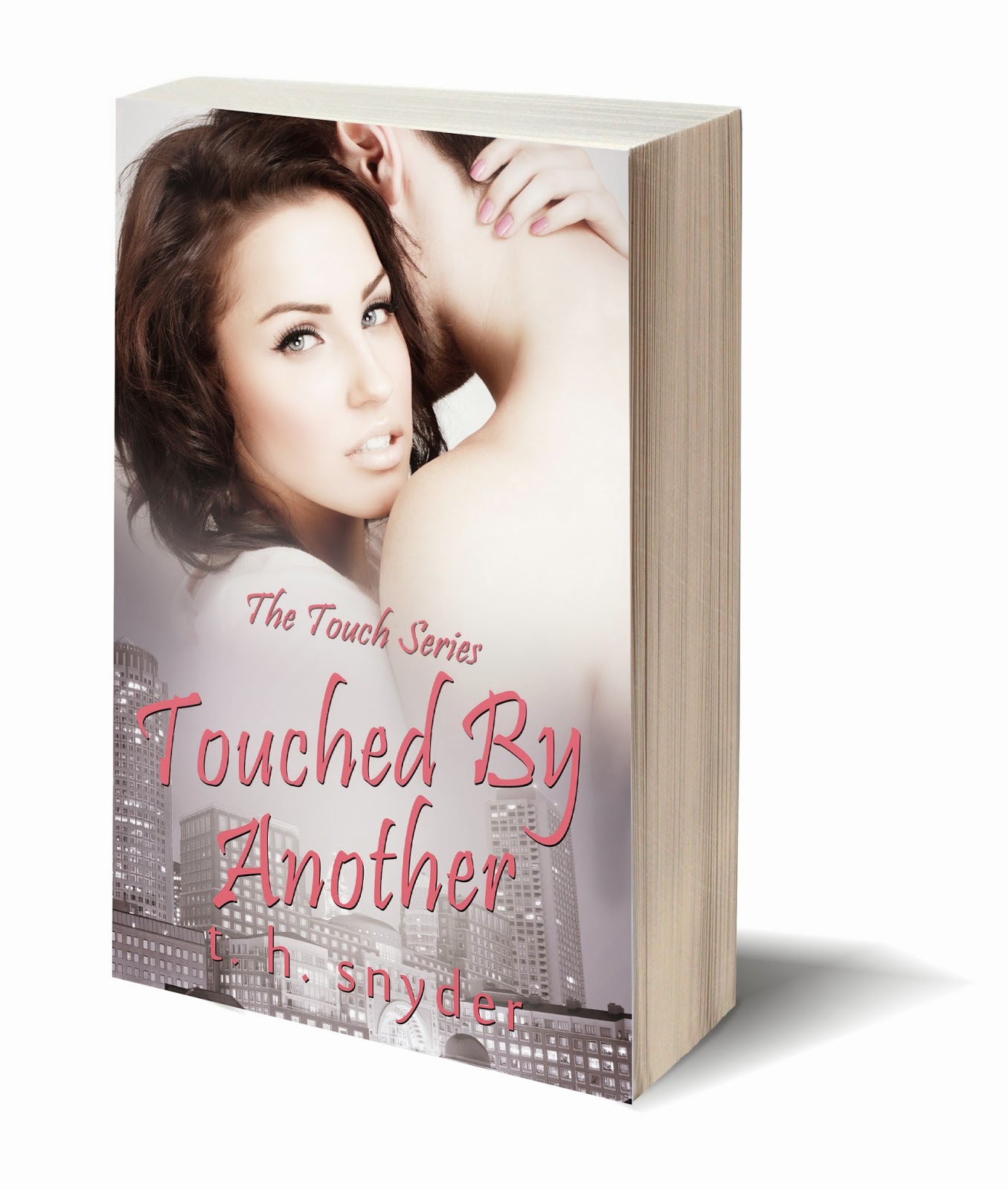 Hosted by This Redhead Loves Books