And now for something a little different...

Today, I'm featuring Andrew Hess, author of The Chamber of Souls, The Phoenix Blade: Project Justice, and Hall of the Forgotten.  I typically spotlight Romance authors, but this one is Conspiracy Thriller.  So for all you conspiracy buffs out there, check it! 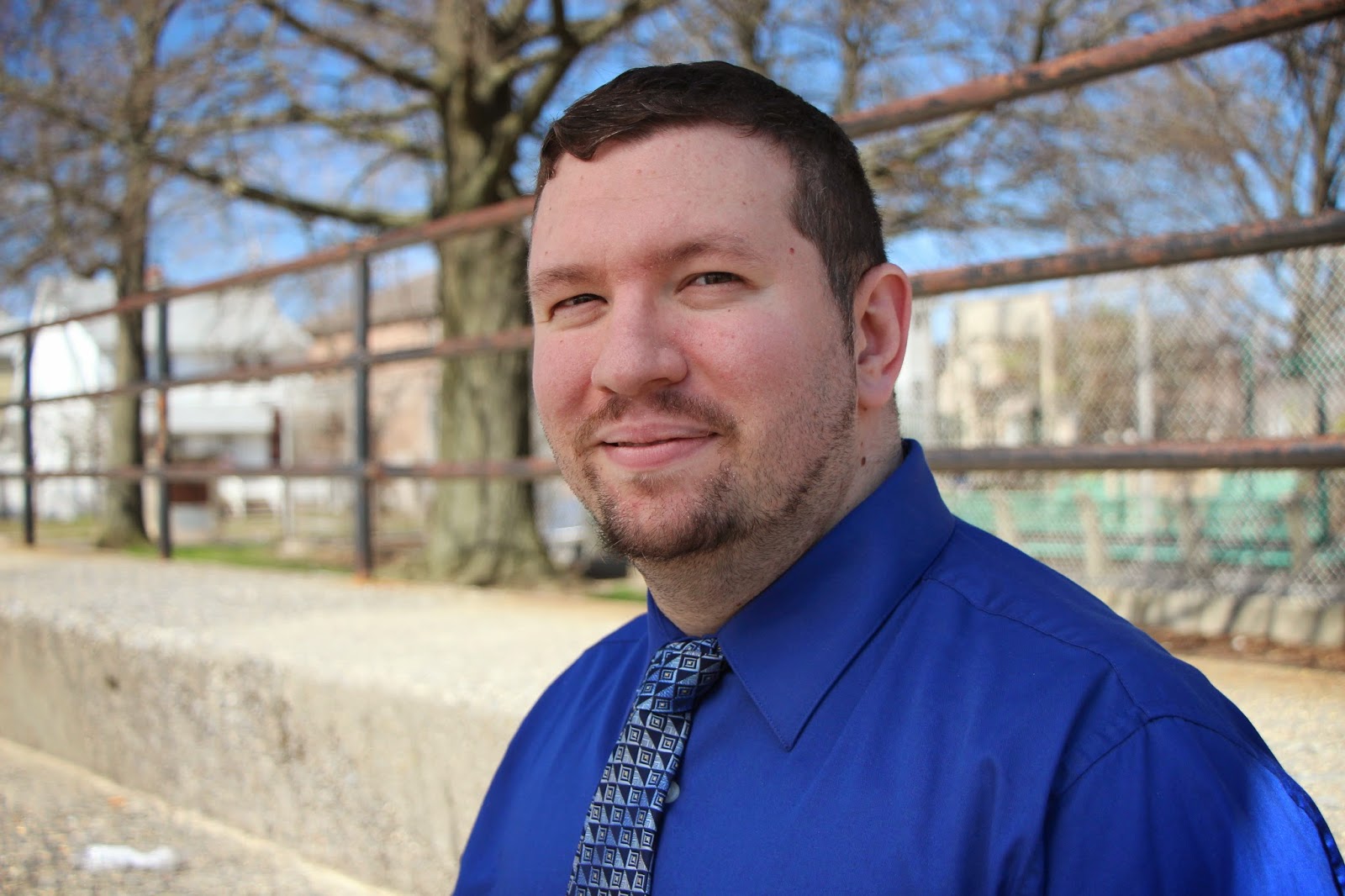 About Andrew: Andrew Hess (1983-present) was born in Lindenhurst, NY where he spent most of his life. After living in the New Paltz/Poughkeepsie, NY area for five years (2003-2008) he returned home to Long Island to pursue his dream of writing. Andrew published his first book, The Chamber of Souls (2011), where he blended free verse poetry and short story into one book. 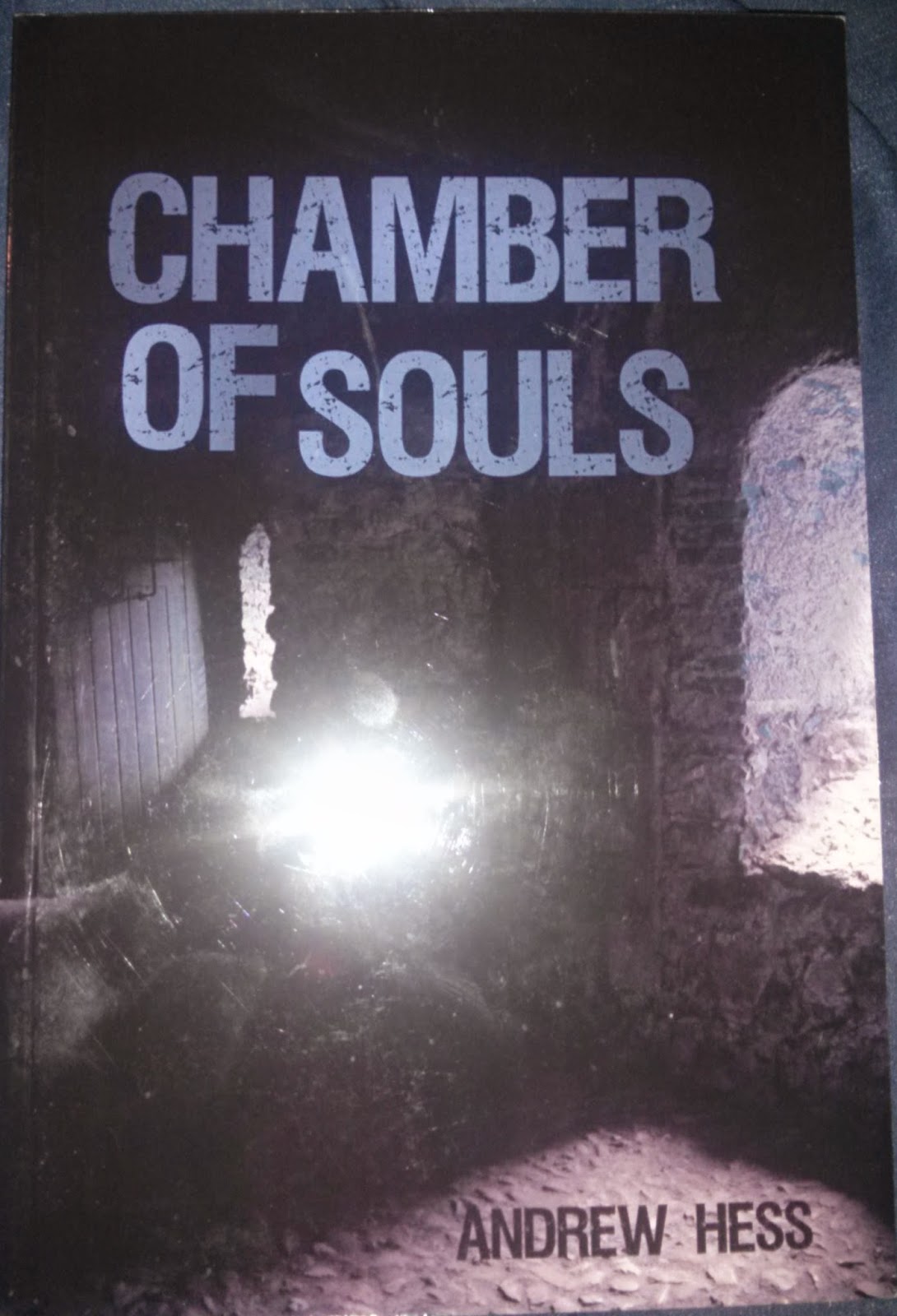 Interview Questions
Choose ten questions to answer.
For questions about specific works, please specify which work you are talking about.

It depends on my mood and where I am during the day. There have been times where I’ll sit in my car with my laptop and type away while I work on writing, editing, or re-writing. For the most part I like to sit in bed with my laptop with either the TV on or my music blasting.

What motivates you to sit down and write?

There’s a lot of motivation; probably more than I even realize. At first it was a way for me to deal with everything that went on around me; my feelings; emotions; even my views on the world. After experiencing a few setbacks on my journey I wanted to learn as much as I could so I could help other potential writers find their way.

Where does your inspiration come from?

To be honest, a part of me wonders the same thing. Most of my ideas come to me when I’m sleeping. I wake up remembering a random or weird dream and figure a way to develop it into a plot. It’s how I figured out the ending to my first novel The Phoenix Blade: Project Justice. I planned on making it only one book, but then I had a dream with a different ending and I thought it made more sense and gave a way to extend the book into a sequel or better yet a bigger series.

What do you think your greatest strength is in your writing?

I think I have two great strengths. The first has been how much dialogue I use in my books. I’ve been told it helped drive the story better and helped them feel more involved in the story. The second has been my love for the plot twist, but not the M. Night Shyamalan type of twists that drive people insane (good or bad). I’m talking about the kind of twist that you never saw coming and makes you want to read more.

What is your biggest challenge?

That’s easy; getting enough exposure. There are so many wonderful authors out there and so many books to choose from. I think getting your name out there and really building your brand has become harder than it ever has. Reviews are a big part of it and something a lot of people neglect to do. I think if more people took the time out to give a little review to each book they read, it can go a long way to helping indie authors more attention.

Do you ever experience writer's block?  How do you get through it?
I think writer’s block hits every author; every writer at some point. The best way to get through it is to keep writing no matter what. You can always go back and edit it later. I think some of the hardest chapters I’ve ever written came from times that I had writer’s block and took time to re-write at a later time.

Another way I’ve pushed through it has been in thanks to the music I listen to. I listen to everything from rock to pop to punk to spiritual to classical; even Japanese and Irish music. I’ll listen to almost any kind of music.

Name some authors who have influenced or inspired you?

There have been two authors that really inspired me. Edgar Allen Poe had an edgy, dark and mysterious feel to him that set him apart from most writers of his time. His short story; Cask of Amontillado was a direct inspiration for my book of poetry Hall of the Forgotten; a series of poems that told a story of a man trying to put his past behind him.

The second author would have to be James Patterson. He has great attention to detail and has the perfect balance of dialogue and description to really make you fall into the world he created and in love with his characters. I loved his Alex Cross series, but the Women’s Murder Club series has been the inspiration for my detective series as well.

Tell a little about your most recent work.  Title, genre, and tag line.

The Phoenix Blade: Project Justice was my most recent project and is a thriller you can’t put down. What would you do if everything you said and did was unknowingly monitored by the government and used against you; forcing you to work covertly for them?

Tell us about your favorite character from the book.

Obviously it would have to be my main character Andrew Lancaster. He goes through the most change throughout the books and faces a lot of adversity as he fights to uncover the truth; especially when the truth is more devastating than he ever realized.

I think there is only one other character that can be considered my favorite and it’s not one most readers would think and that would be the Benefactor. He is so devious, intelligent, cold and calculating. You never really know what he’s truly thinking or what his motives are.
Do you have a current work in progress?  Can you tell a little bit about it?
I have two. The first is the sequel to my first novel The Phoenix Blade: Project Justice which is titled The Phoenix Blade: Awakening. The story picks up three years after Project Justice ended and slowly reveals how deep the government conspiracy and cover up goes.

The second is the start of my detective series called the Campus Killer. Female Detective Ali Ryan learns of a death on a local campus; reports claim the victim died from alcohol poisoning, but Detective Ryan has her suspicions and her suspicions are usually right.

Tell us about yourself, outside of writing.

I’m a big music and movie person. I worked in the movie rental industry for seven years and probably watched about a thousand movies in my first year of working in the store. My love for music has found its way into some of my writing by giving me a movie script idea along with being integrated into my blog the Writer’s Revolution where I’ve been interviewing and promoting authors and now bands as well.

Wanna stalk him?  Here you go!