New Release from Anne Conley, The Fixer Upper, a standalone novel from the author of the Stories of Serendipity and The Four Winds series. 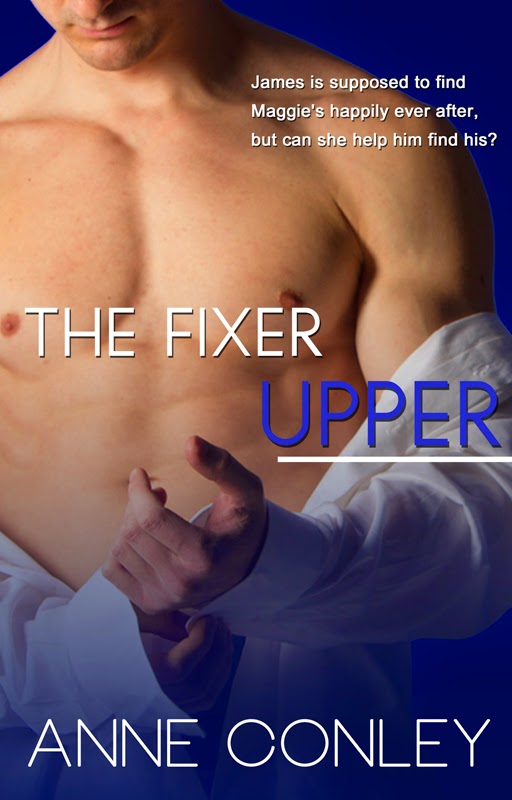 James, a UK based chef, has tried to make a career with EAT-TV, but his womanizing ways aren’t what they’re looking for with their wholesome family style image.  However, the producers of a new reality show about single life, The Fixer Upper, think he’s perfect.  His agent convinces him to give it a shot.  His overpriced bachelor pad is needing a mortgage payment, and he needs a job to support the tween-aged daughter that’s recently been dumped in his lap.

Margaret Dumas is control freak who has micromanaged her marriage to shambles.  When she makes a deal with her mother to quit fixing her up if she’ll do this new reality show, she thinks she’s won.  No more blind dates, no more friendly advice, no more “chance meetings” with her Mother’s friends’ sons.  The only catch is she’s got to go on detestable reality television and expose her dating habits to a total stranger who is supposed to “fix” her and make her a dating machine.  As if.

When Margaret meets James, they clash on the surface, but deep down they recognize something in the other that they want: redemption.

Excerpt from The Fixer Upper:

She expelled a puff of air.  “You’re the one who’s been telling me to lighten up, James.  You’re the one who’s been telling me to relax my expectations.”  She settled a hand on her hip, drawing his attention back to her jeans.  “I’m not looking for anything beyond tonight.  I don’t want a marriage proposal out of all this.  I’ve already done that.”  She inhaled deeply, and as she let it out, she said, breathily, “I just want one night.”  Her voice hitched and James took a step closer

He could give her one night.  His cock leapt at the thought.

Her eyelids were at half-mast as she looked up at his lips.  He saw her tongue snake out, swiping a band of moisture across her top lip.  An attractive flush rose to her cheeks, and James watched the pulse pound in her elegant throat.

He was a goner. 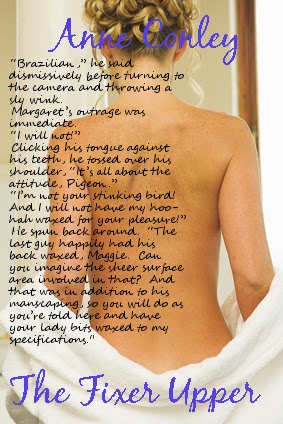 He tucked a stray piece of blonde silk behind her ear, using the motion to allow his hand access to the rest of her hair, which he sank his fingers in, grasping her scalp and pulling her toward him.

Against her lips, he whispered, “You’re sure about this?”

A needy whimper escaped her as she lifted herself up onto tiptoes and meshed her lips with his.  She clutched at the front of his t-shirt, pulling him closer, and James returned the kiss willingly, but not before turning to Gary with a, “Get the fuck out.”  A smirk was his only response before the camera was off his shoulder and Gary ambled out the door.

Prying her mouth open with his lips, his tongue sank into her depths, swirling around against her tongue.  She tasted like the dessert he’d made, and so much more.  He groaned as his other hand went to her waist and stroked under her t-shirt, finding warm smooth skin pebbled with goose bumps.

This kiss was every bit as good as the last one, making him think of lazy mornings in bed, her naked body crushed against his, kissing just like this.  For hours.  God he wanted that. 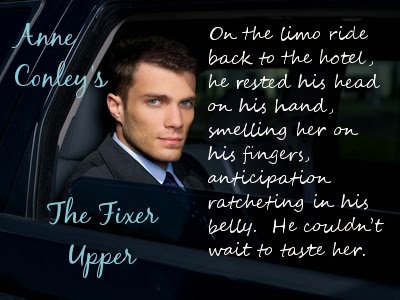 As his tongue made love to her mouth, his hands caressed her body, pulling her against him.  Her responses were as fervent as his, her pelvis grinding against his erection.  She wanted one night with him, and he wanted so much more.  But if the night started now, he would make use of his time wisely.

Lifting her, James turned and sat her on the countertop so he could focus better on her, all the while trying to kiss her senseless.

Available on Amazon, Barnes and Noble, Kobo and iTunes (but every time I open iTunes to snatch a link, my computer crashes, but it's there.) 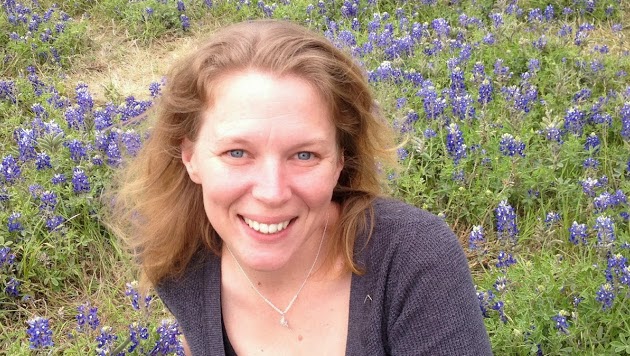 Anne has written her entire life and has the boxes of angst-filled journals and poetry to prove it.  She’s been writing for public consumption for the last four years.  Currently she is writing two romance series.  In Stories of Serendipity, she explores real people living real lives in small town Texas in a contemporary romance setting.  In The Four Winds, she chronicles God’s four closest archangels, Uriel, Gabriel, Raphael, and Michael, falling in love and becoming human.  She lives in rural East Texas with her husband and children in her own private oasis, where she prides herself in her complete lack of social skills, choosing instead to live with the people inside her head.