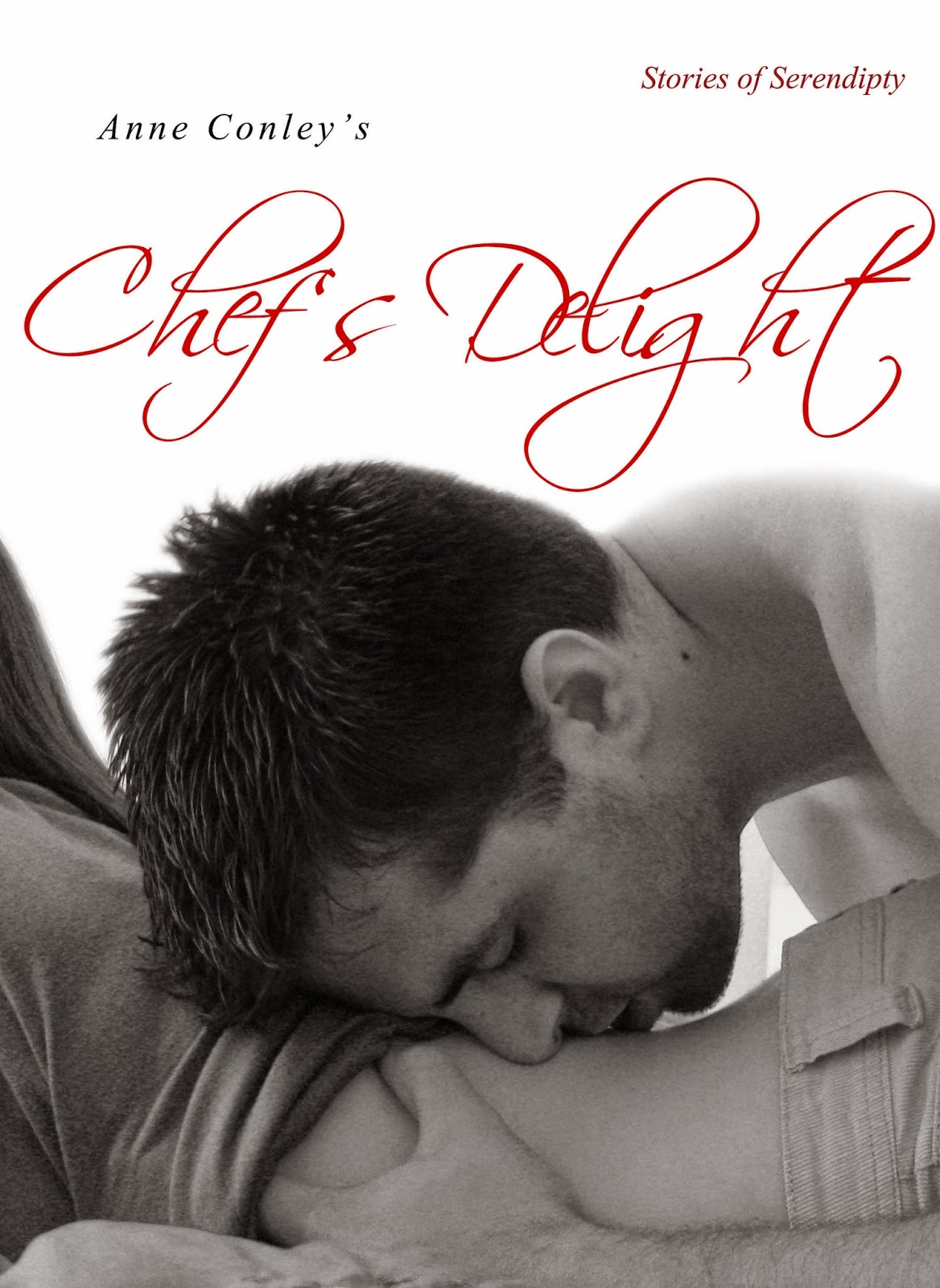 Welcome to Serendipity, Texas, a town where real people deal with real problems. Meet characters in their thirties and forties struggling with day-to-day issues and managing to find love in the process. Visit Serendipity, where the days are hot, and the nights are steamy!
Connor is trying to open a restaurant in Serendipity, Texas, where Jessie is trying to keep alive a struggling goat cheese business. When his cheese supplier flakes out on him, he needs a new cheese maker, but she is a little trigger happy since her ex-boyfriend has started stalking her. Add to the mix a ghost that has a crush on Connor, and you have a steamy romance that will send chills to your toes.


This is a book I wrote over two years ago, and am terrified to go back and re-read after the crap with Neighborly Complications (another blog post altogether - I'm still not sure I want to admit to the stupidity).  At some point, I was going to do a Chef's Delight Cookbook as a companion piece, but money got tight and all the chevre I was buying got expensive.  My kids wouldn't touch food that didn't come from a box, and I shelved the idea.  Now I'm re-thinking it.  It certainly is something I've thought about from time to time, and lately more than ever.  For the record, I did come up with some good recipes inspired by the book, to try on my guinea pigs. 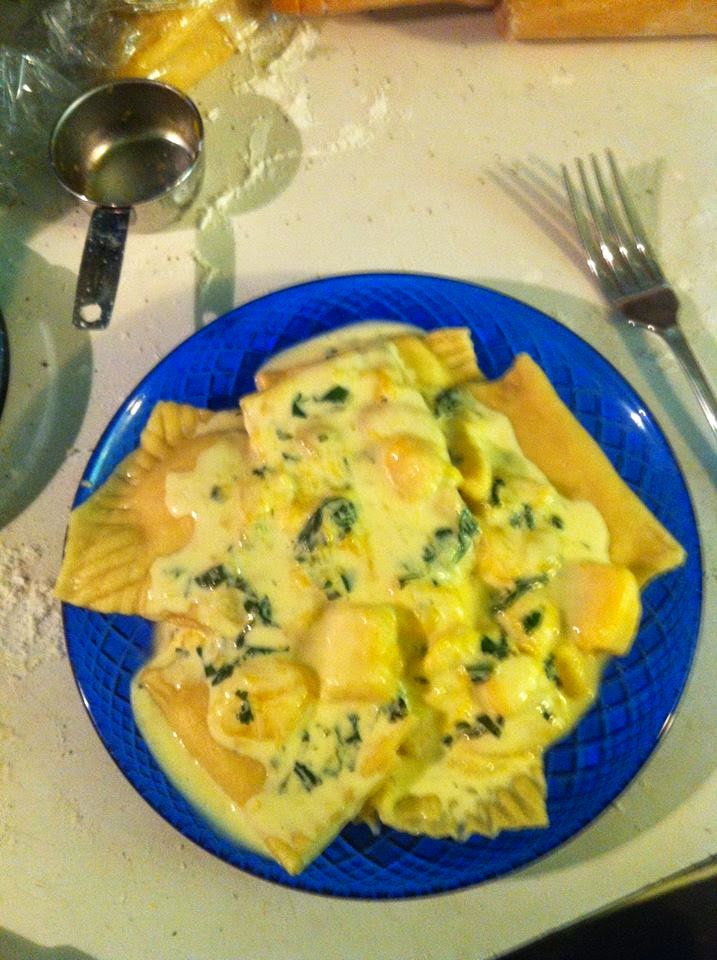 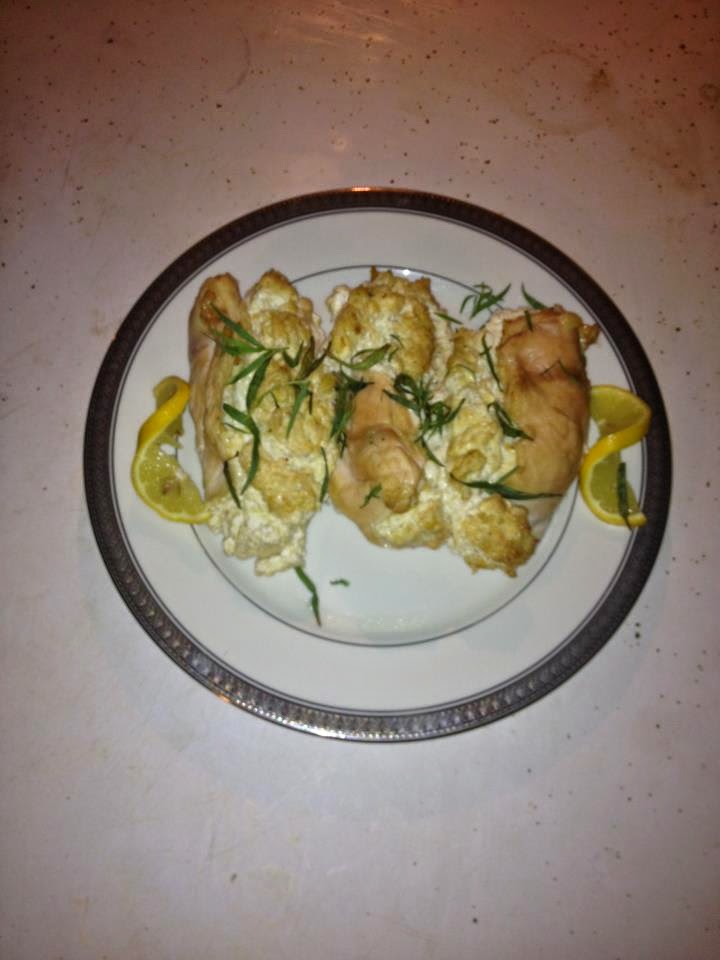 While they look good, the recipes didn't get perfected the way I wanted, and in lieu of putting my kids through the torture of (gasp) trying something new, again, I put it on the back burner.  It's going to come out again, soon.  Possibly this summer, and expanded to include the rest of the Stories of Serendipity.

By the way, if you're interested, I have a small Pinterest board dedicated to ideas for recipes from Chef's Delight.  It was fun.

Here's an excerpt for those of you who haven't read it: 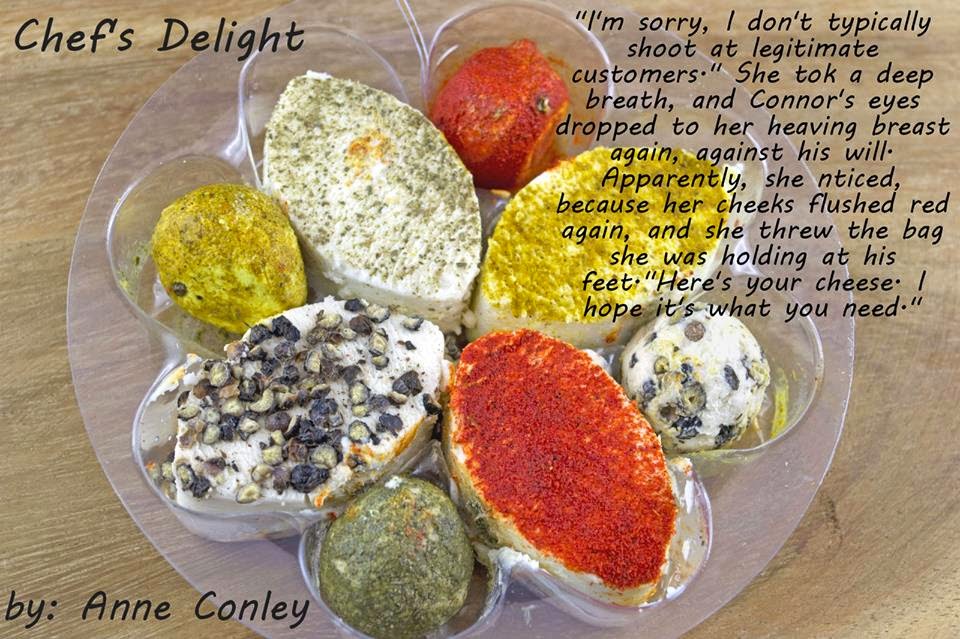 Jessica’s friend Kathy had tried to talk Connor into trying Jessie’s goat cheese before he contracted with the dairy supplier from Tyler, but he had gone with price, not quality.  Jessica’s business wasn’t yet at the place where she could compromise price too much.  Now he was in a bind, he needed her cheeses, and she had already screwed up her chance at a contract with him, once.  She had to make this right.  She just had to.

Jessica had never met Connor.  Or at least, she thought she had never met him.  Apparently, he had bought her a drink last night.  And then, of course, she shot at him this morning.  Shit.  She was so screwed.
Jessica pulled into the driveway, and parked, grabbing the thermal tote and putting a most conciliatory expression on her face before walking in the front door. 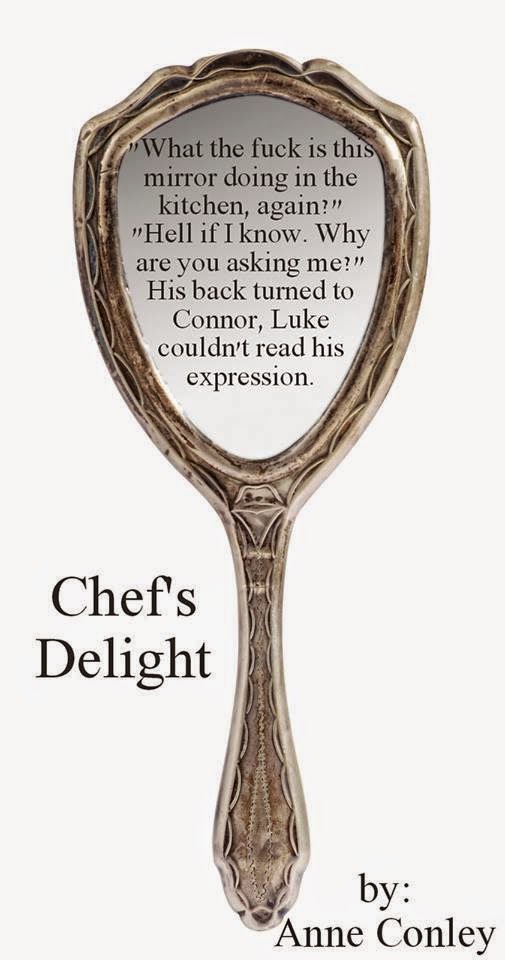 “Oh no.  I’m not going back there.  You’re gonna have to fix this one, sister.  He’s not speaking to anyone.”  Kathy met her at the door.
“Ok.  Where do I go?”  Jessica followed Kathy’s finger to a swinging door beyond another doorway.  She took a (hopefully) fortifying breath, squared her shoulders, and purposefully strode toward the door.
At the same moment she was fixing to push it inward, it came open at her, and Connor came barreling out, slamming into her, causing both of them to fall in a tangle of arms and legs on the ground.
“What the hell!”  Connor growled when he found himself in the horizontal position, much to his surprise.  When he saw whom he was on top of, his face turned red, “Get out of my restaurant.”  He struggled to extricate himself from her.  Standing abruptly, he glared down at Jessica, “Leave.  Now.”  His voice was a barely contained fury.  His eyes were an icy blue she hadn’t noticed last night at the bar, and they were captivating.
Jessica couldn’t move, but she could gulp.  “Please.  I didn’t know who you were.  I came to apologize.”

His gaze lingered on her face, noticing how her lips trembled, with apparent shame, and then traveled down her body, seeing her breasts heaving against her tank top, down to her bared legs, under the hiked up skirt she had neglected to pull down after their tumble.  Restraining the urge to smooth her hair behind her ear, he swallowed, thickly.  “Well?” 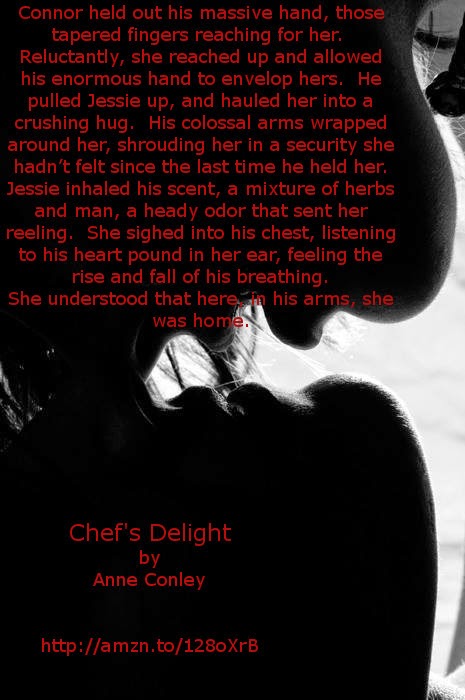 Her eyes flashed with anger.  Having seen where his eyes landed, she jerked her skirt down and stood up, as a flush stole up her chest into her face.  “You never introduced yourself last night.  I had no idea you were the owner of this restaurant.  I thought you were some creep who followed me home, or something.  I’m sorry, I don’t typically shoot at legitimate customers."  She took a deep breath, and Connor's eyes dropped to her heaving breast again, against his will.  Apparently, she noticed, because her cheeks flushed red again, and she threw the bag she was holding at his feet.  "Here’s your cheese.  I hope it’s what you need.”  She turned abruptly, her skirt swinging up to show a heart-stopping amount of leg, and stomped out of the restaurant. 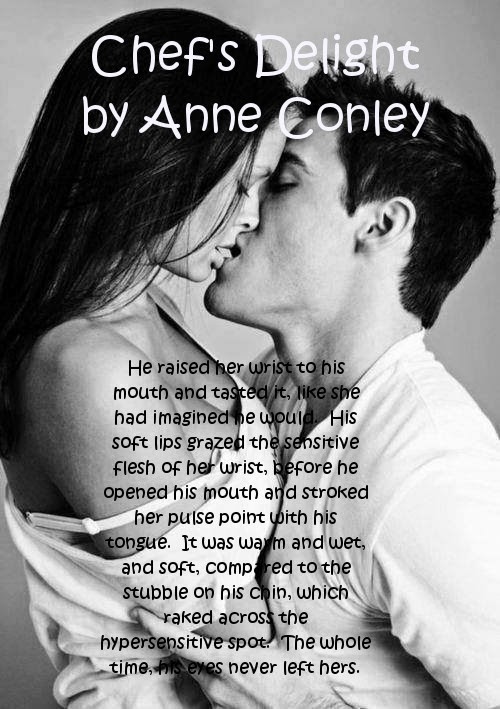