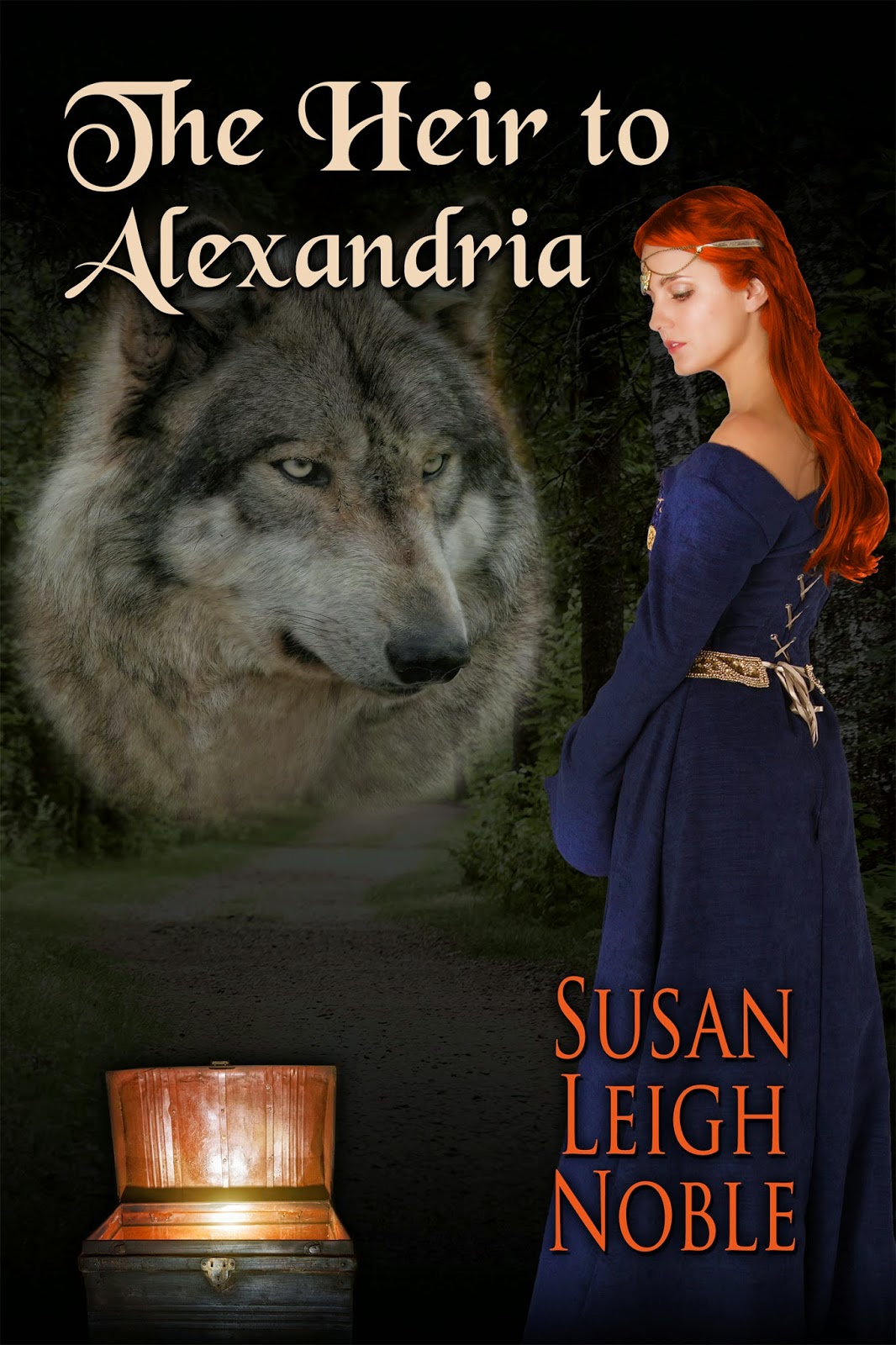 Believed the descendants of the Gods themselves,
The Alexandria line ensured peace,
Until they were brutally murdered.
But rumor spread a maid escaped with the youngest daughter.
Now as the world rushes toward a period of unrest, the nations’ Kings continue their 200-year-long-search for the Heir to Alexandria – the one person who can bring peace and stability through divine power.

Alista has her own search – for the parents who abandoned her as a baby years ago. When her only lead proves to be a dead end, she heads to the capital with a reluctant escort. Grayson is just following his aunt’s order, but he would rather be on one of his solitary scouting missions for the Landra Guard. However, when Alista unintentionally curses a guard in front of the King’s court, everything changes for both of them.

Now forced to travel to Covington for testing, danger lurks at every turn as a secret society strives to prevent the return of the Alexandria line. Are Alista’s visions of the future enough to save herself and those traveling with her?


Choose ten questions to answer.
For questions about specific works, please specify which work you are talking about.

When I started my first book, Summoned, many years ago, I really had no idea what I was doing. Because I had no real plan, the beginning of that book was re-written numerous times. When I decided to make Summoned into a trilogy, most of the planning in terms of characters and their world were already done so I only had to focus on the plot before writing Quietus and Destiny.

With my latest book, The Heir to Alexandria, I spent more time developing my characters and building the world they inhabit so I had a better foundation when I started.

I don’t like to outline my books. I tend to let the characters drive the story but I do have an idea of how the end will happen. The fun part is figuring out how to get there.

2.  What motivates you to sit down and write?

I love creating characters and letting their story develop. But I am not writing with the idea that I am going to write the next great literary masterpiece. I write the type of books that I would want to read.

3.  Where does your inspiration come from?

That’s kind of a tricky question. Anything can be an inspiration. Often my novel ideas begin with a scene or two that I then develop into more. Sometimes it is something as a picture or illustration that sparks the idea for a character. Many years ago, I saw a drawing of a white dragon and that became the basis for the dragon in The Heir to Alexandria.

4.  What is your biggest challenge?

My biggest challenge is finding the time to write. Even though I am a stay-at-home mom and you would think I had plenty of time to write that just isn’t the case. I also do the bookkeeping for my husband’s law firm and volunteer at my kids’ school. Those activities along with just raising kids and taking care of the house eat up a lot of my time. I use to be better about writing on the fly but now I don’t like to get interrupted so I wait until I have a good chunk of time to work.

5.  Do you ever experience writer's block?  How do you get through it?

Oh, yes. Writer’s block can be frustrating. If I find that I can’t get a scene to work or don’t have any idea what should come next, I have a couple of options. Sometimes I ask my husband to bounce ideas around with me. Often he will say something that jogs an idea. Other times I go back and re-read or edit an earlier part of the story until I feel motivated to work. And the other method would be to get up from the computer and go do something else like clean the house. Sometimes doing something monotonous can free up your mind and bring about inspiration.

6.  Tell a little about your most recent work.  Title, genre, and tag line.

My latest novel, The Heir to Alexandria, just came out this month. As with my other books, it is a fantasy adventure.

7.  Tell us about your favorite character from the book.

That is a toss-up between the two main characters - Alista and Grayson. I guess I will go with Grayson. He is a soldier but has had a hard life. There is a lot of animosity between him and the rest of the citizens of Landra (the kingdom where he lives). He is quite bitter in the beginning of the story but he really is a good guy though he doesn’t think of himself in that way.

I think it is characters that make a good story. I have read books (or seen movies) with weak plots but if I like the characters, it makes the book (or movie) better. I think readers (or viewers) like to relate to the characters. You want to feel some sort of connection that makes you root for them.

Marketing is my least favorite aspect of publishing. I wish I knew the key to good book marketing but I have learned that what works for one author, doesn’t necessarily work for another. Because I only have a few books published, I have been spending most of my time writing the next book rather than marketing. The only marketing I do currently is through social meeting and my own blog.

10.  Tell us about yourself, outside of writing.

Besides writing, I maintain a blog (Into Another World) where I write about parenting, writing and publishing. I am also a wife and mother of two kids. I spend time volunteering at the kids’ school and with the school parent-teacher association. I also do the financial side of my husband’s law firm. And if that isn’t enough to keep my busy, I just started a shop on Etsy (Another World Cards) where I design birthday invitations. Believe it or not there is still some time for reading or just collapsing in front of the TV.

Author Bio
Susan Noble has always loved dragons and magic so it is no wonder that she became an author of fantasy novels. As a cat lover, she also had to throw in a telepathic cat to the mix in her The Elemental trilogy. Her latest book, The Heir to Alexandria, was released in January 2015.
When she isn’t writing, Susan is an active volunteer in her neighborhood and at her children’s schools. She lives with her husband, two children, three cats and a Cocker Spaniel in Texas.