I'm continuing on with my own little thing, my spotlight on all the authors in the Angels Sinners anthology.  All of the proceeds of this are going to US Veterans of Foreign Wars Post 8790, so I have a huge desire to see it do well.  It should be mentioned though, that the books being featured on these spotlights are not necessarily what's published in the anthology.  To read those, you'll have to get the book.  ;)

Beyond the Myth -- by Stacy Moran
(The Myth Series)
In a land of myths and legends, a war unseen from mankind raged among two races the Raka Diavols and the Saka Witches. 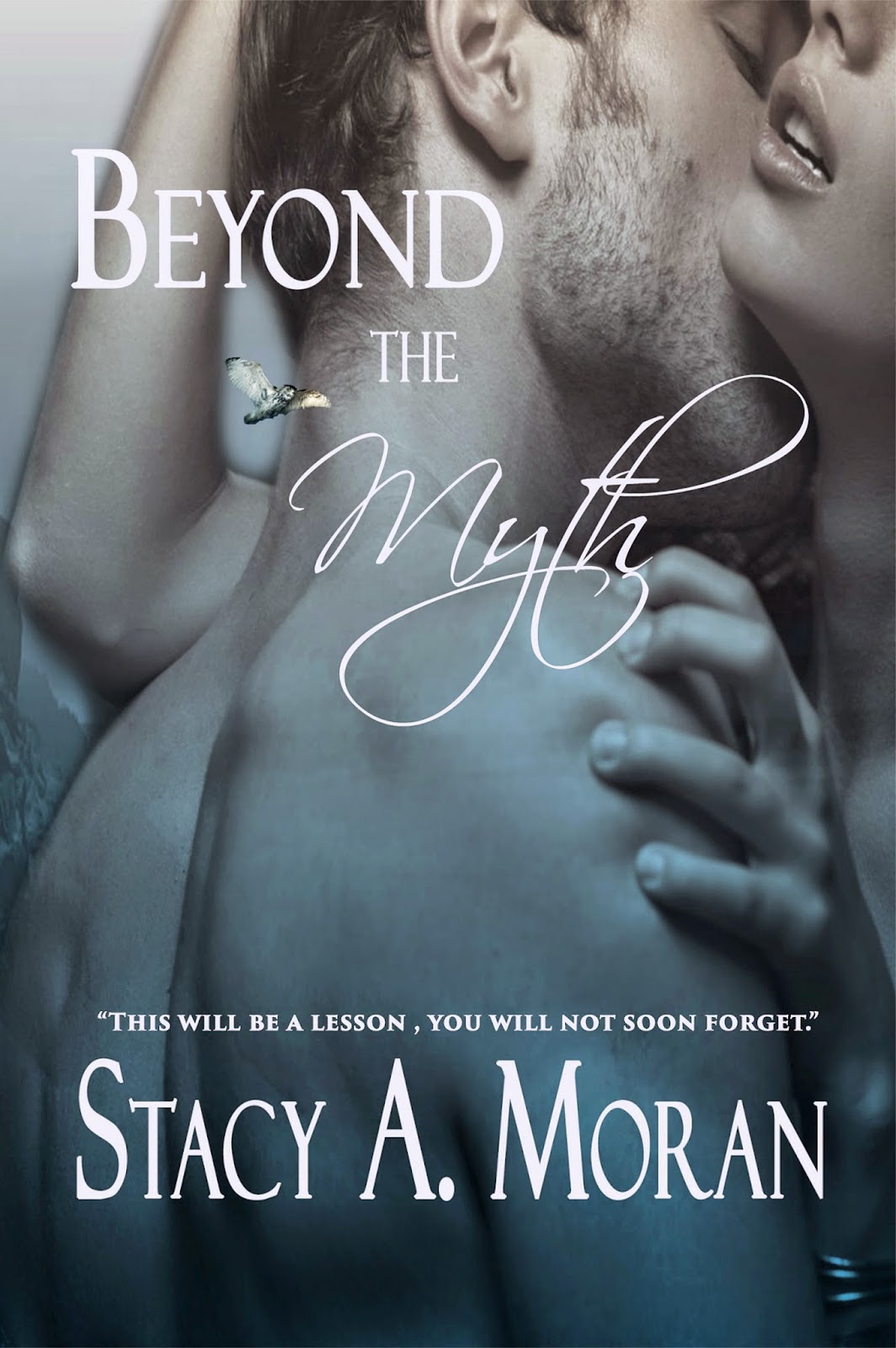 The son of the Raka Diavol King, Zakah Sange was born into a world of dark magick. He was inscrutable, dangerously sexy and running from the infamous history of his bloodline. Zakah used power and control to shape himself into a hard and cunning man. He became a warrior, a weapon and the master of his own violent nature lurking within.

Sorina Ruzicka, the great-granddaughter of the Egyptian God Akhekh. She was born into a legacy of magickal gifts and with a destiny she had no desire to fulfill. As a blues singer, Sorina’s voice was a blend of innocence and seduction that left her audience captivated. After years touring, she returned home, craving the seclusion of the mountains in her homeland Romania.
A chance meeting forced Zakah and Sorina into the war raging between their families and the battle of their lives. Trusts will be broken, lines will be crossed and a fate neither of them expected will be played out..

Author Bio
Stacy was born in West Virginia but now finds herself living in Texas. She has loved writing since the first grade when she completed her first book, The Land without Rules. Her mother will tell you it was a brilliant book.
Throughout her school years she was in journalism and has been an avid reader of all literature. She has always craved the feeling of discovering an author's world for the first time. Now she devotes her time 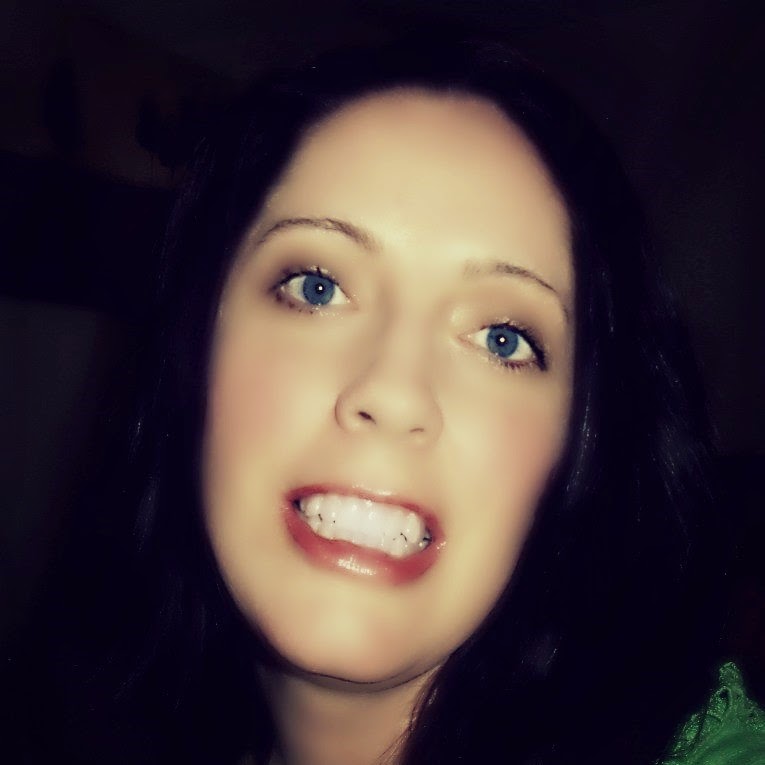 to creating her own worlds. Stacy focuses mainly on paranormal romance and poetry. She loves creating dominant male characters and headstrong females for her books.

Stacy now finds herself on a new journey and finally has taken the leap to go after her dreams. She recently finished a poetry book, Whispers in the Dark with two fellow authors and finished her first novel Blood Myth in her Myth Series.

CHAPTER EIGHTEEN
There was an unexpected silence. Everything stilled, and the Raka backed away, clearing a path. Tanerk had arrived. Their leader, their king had joined the battle. It was hard not to be in awe of Tanerk. His ancient power radiated from him. His handsome face sneered, showing his disgust and contempt of not only the Saka but his Raka. “Pathetic, this is not finished yet?” Tanerk’s eyes glowed. He turned from Zakah and focused on Gavril.
His gaze fell on the Saka Guardian. “We meet again. You do not look well, Saka.”
“Looks can be deceiving,” Gavril answered.
“I had hoped you would be here today.” Tanerk moved slowly toward Lilith. His harsh eyes never left Gavril’s.
Gavril pushed past a grouping of Raka, placing himself in front of his sister. “I’m thrilled I made your day.”
Tanerk lifted his head, taking in the sounds of his Raka hissing. “They are eager to kill you, Saka. They would fight one another for the honor of slaying the Guardian. Such power one must have to create such hatred. How does it feel to have so many despise your very existence?” The leader of the Raka’s lips curved into a cruel, sinister grin.
“You should know that feeling well.” Gavril’s voice was low but carried power and authority.
Tanerk smiled. “Oh, but you are wrong. Yes, the Saka hate my existence, but you, the Saka Guardian, are hated even among your own kind. Why do you bother to protect a race who cannot even look you in the eye?”
Sorina’s breath caught in her throat. She knew Tanerk was a master manipulator and capable of finding one’s innermost hidden struggles. It was how he was able to turn the Saka; he worked on their doubts, their insecurities. Gavril would not be normal if he was not angry with his place in the Sabat or in this world. He protected the Saka and made the hard decisions in life to guard the innocent beings of the world. Her uncle fought and lived alone. He had no one to come home to. She didn’t remember him ever having a woman in his life or real friends.
Gavril knew his eyes blazed with hatred as he stepped closer to Tanerk. The movement triggered a restless murmuring of the Raka, and they pressed forward until Tanerk held up his hand. The revulsion Gavril felt for Tanerk was so strong that he knew everyone could feel it. The need to kill Tanerk created an energy that felt like it was alive. The Raka King remained calm while Gavril was on the edge of violence.
“There will be no Saka left when I am finished. Your women will be the mothers of the new generation of Raka.” Tanerk licked his lips in anticipation. “Mmm, who should I start with, the supposed Queen of the Saka or the High Priestess?” He winked at Lilith. “Biankha wants you, Priestess; she has a score to settle.” He glanced at Nikolette briefly. “That one is almost ready, is she not, Guardian?”
Zakah glanced at Sorina. She stood beside Afina. Nikolette was behind them with Zampara at her side. Sorina let her thoughts carry to Zakah and the others. She prayed opening up her mind to them would not free her thoughts to Tanerk. I think I can break the shield and free our powers. Bunica, if you and Nikolette help, we can penetrate it faster.
The women all agreed and slowly moved closer to one another while Tanerk was focused on taunting Gavril. Sorina blocked out the rising fear and concentrated on the feel of the shield. It wasn’t much different from normal safeguards, but the spell had been warped for evil purposes. It was still just basic safeguards, and she knew this kind of magick. Nikolette was drawn to weapons and more physical training, while Sorina had practiced witchery and the manipulation of spells in her youth. She’d spent days with her grandmother, learning the art of spell casting and interlacing magick. She raised her hands up to feel the strength of the spell. Afina and Nikolette shielded Sorina from Tanerk and his Raka in hopes of keeping him from seeing what she was doing. Sorina’s hand moved gracefully as she felt the pattern of the barrier blocking their powers.
“Or shall I start with my băiat’s whore?” Tanerk smirked.
NO!  Sorina shouted in Zakah’s head, but it was too late. He had already gripped the hilt of his sword and lunged at his father. He was severely handicapped without the use of his powers, but it did not stop him from going full force at Tanerk.