So, a while back, my husband found out how much I paid to have Craze narrated, and that I was planning to pay that much again, but was hesitant to go through the entire auditioning narrators process again.  He said, "I'd like to try it."

Now, at first glance, that's an awesome statement, right?  My husband has a sexy voice (I'm biased, I know, but his mom agrees, so that makes it legit, right?), and any support from spouses is welcome, right?

My husband is dyslexic.

And that never came up in his discussion of reading this book, not once.

When we first met 18 years ago, it was a huge deal to him.  It was a stigma, a 'condition' he had.  No movies with subtitles, period, no reading, nothing.  Granted, that's been years ago, and he's gotten better about using it as an excuse.  He doesn't carry his spell check thing around anymore, and he rarely checks his phone's autocorrect to make sure he doesn't "look stupid." 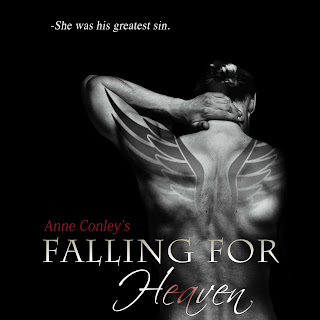 Now, he is buying a new (used) computer, a microphone, recording software, and watching all sorts of videos ti get ready to poduce my audiobook.  I finally asked him, "HOW do you plan on doing this?"  I was careful.  He's always been ridiculously supportive of my writing, even when he didn't approve of the subject matter.  He beta reads for me (listens), goes to events with me, and talks me up to anyone who will sit still long enough about my books.  So I didn't want to do or say anything that would make him think I didn't believe in him, too.  Because I do.

God, I really do.  I believe in all things hub-meister.

But I was afraid that this little foray into reading aloud would be frustrating to him, and re-awaken all these feelings of insecurity he had when I met him.

Nothing.  When I asked that question, he looked at me like I was nuts.  "HOW do you plan on doing this?"  His response was, "I'll read it.  Then edit the reading."  Like I was the dumb one.

And you know what?  It's taken a while.  But he's reading my books.  I listen to him read outside the door to his office.  I haven't listened to much of it yet, because I'm waiting for his final product to listened to in a large chunk, but what I have heard is amazing.  And professional sounding.

I know, I'm probably gushing a little.  But I didn't know what the heck I was doing with my first narrator.  My second one, I loved, but got a lot of negative reviews.  This has taught me that I don't know what I need to know to pick a narrator.  And hub-meister is free, willing, and doing a fantastic job.

We decided he could learn what to do with Falling For Heaven, a book that's sort of a give-away for me.  I wrote it so long ago, I don't even care what it sounds like.  I know that probably sounds awful, but that's the truth of it.  I'm just happy that he's finally found something concrete he can do to take ownership in our business.

When he finishes with Falling for Heaven, he will start working on my Pierce Securities series, and we'll go from there.  For now, though, he's doing an amazing job.

Y'all want to hear the first chapter?